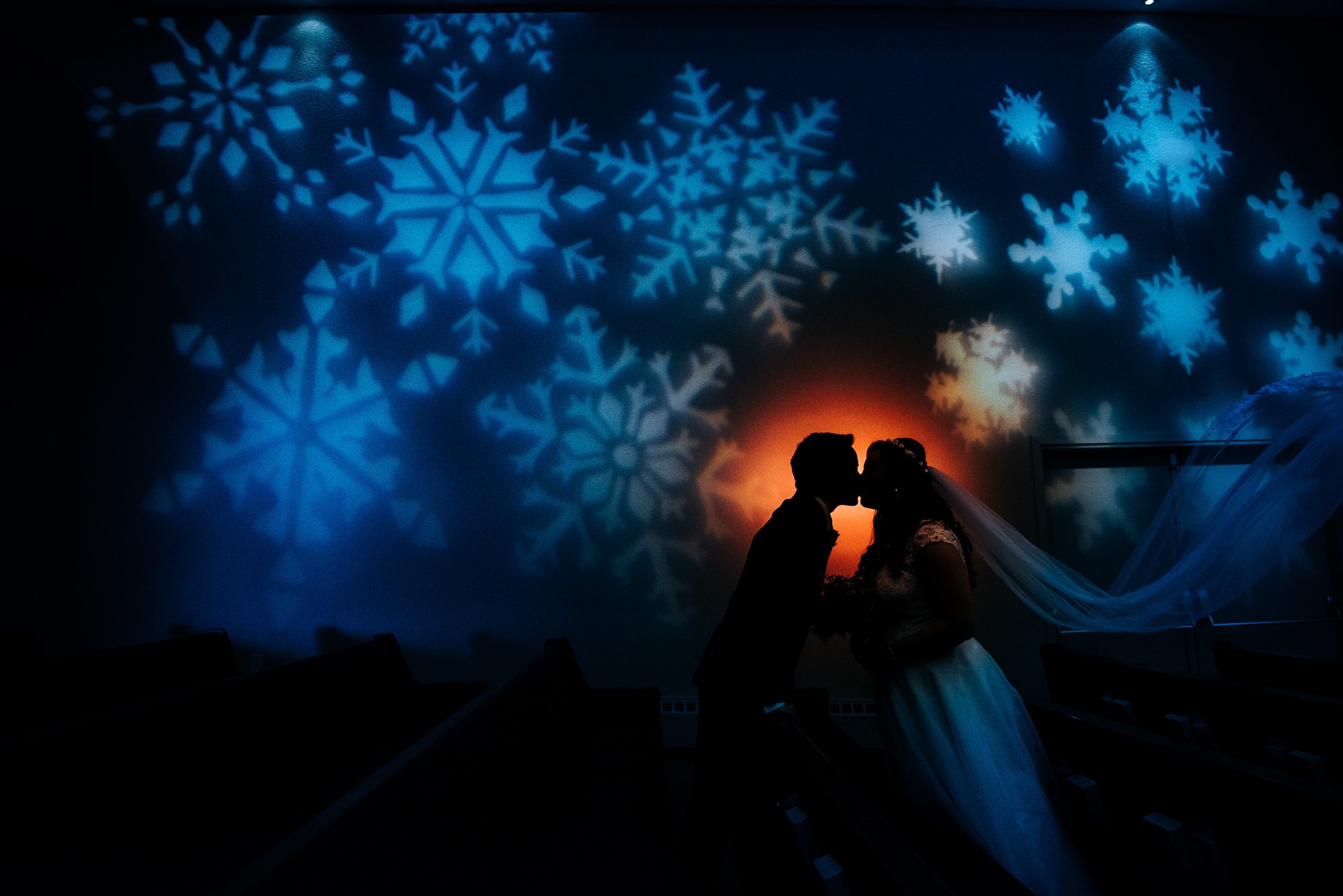 We love winter weddings in British Columbia, and being so north of the equator we get some of the absolute best natural light in the winter time! As with any winter wedding, Natasha and Ian were hoping for a bit of snow capped mountains for their wedding day. The Lower Mainland was hit with a huge winter storm in December, so we took advantage of the snow and got some gorgeous, snowy photos.

Once Natasha had her makeup by Rita Tang and put on her dress from Tiffany's Bridal and Converse shoes, she was ready to have the first look.

We photograph a lot of Chinese weddings, and all of the traditions that come along with Chinese weddings are so much fun to photograph. Some of the funniest moments are the Chinese door games with all of the crazy things the groom’s have to endure to see their bride. The wedding party did not disappoint with lots of strenuous activities like building human pyramids and eating gross tasting food.

Natasha and Ian’s biggest feedback is that they LOVE nature and snowy mountains. Luckily we had the perfect portrait locations for them! Rocky point park and Barnet Marine Park features some great mountain / ocean views and lots of cool old structures to play with. The red accents of the wedding party dresses and flowers (by Unique Boutiques) really popped in the photos with the snow and the blue mountains at Barnet Marine Park.

At the wedding reception, there were multiple meal courses, so the couple kept their guests entertained with speeches, and games throughout the night. They had a fun game of musical chairs where it was also a scavenger hunt where the players had to find certain items from other guests before returning back to the musical chairs. It resulted in one guest losing his shirt! Ian surprised Natasha with a secret choreographed dance involving him and the bridesmaids, and during their first dance they had two good friends singing for them. They then went into full party mode with music by U and I entertainment. The wedding was expertly planned by Shing Weddings and decorated by Key Events.
Venues: Coquitlam Alliance Church, Grand Dynasty Seafood Restaurant
Setting: Church, Restaurant
Traditions: Chinese
City: Burnaby, Coquitlam
Style: Traditional
Season: Winter
Vendors: Love Team by Coa, Shing weddings
Locations: Barnet Marine Park
Region: Metro Vancouver