Sandy and Justin's engagement photos were taken at Whytecliff Park, Horseshoe Bay, BC. This park is full of trees, cliffs, ocean, beaches and more. Horseshoe bay is part of West Vancouver on the North Shore. The day started out nice However, once Sandy and Justin showed up, huge cold gusts of wind came with them. I have to give it up to Sandy for being so brave on that shoot. The wind was so powerful and cold at times that her hair was constantly wrapping around her face and her beautiful dress was blowing in every direction. She never let it get to her though, there was a constant smile on their faces the entire time. We scaled along cliffs, went into rock crevices, in trees overlooking the cliff and ocean. We finished off the engagement shoot in a parkade overlooking Gastown and the North Shore mountains in downtown Vancouver. This was an incredibly fun engagement shoot, and Sandy and Justin were awesome. Even though our surroundings at Whytecliff park were at times a little treacherous with cliffs and high winds, we managed to get some pretty epic photos of this couple. We are extremely excited to photograph their upcoming wedding in 2012! 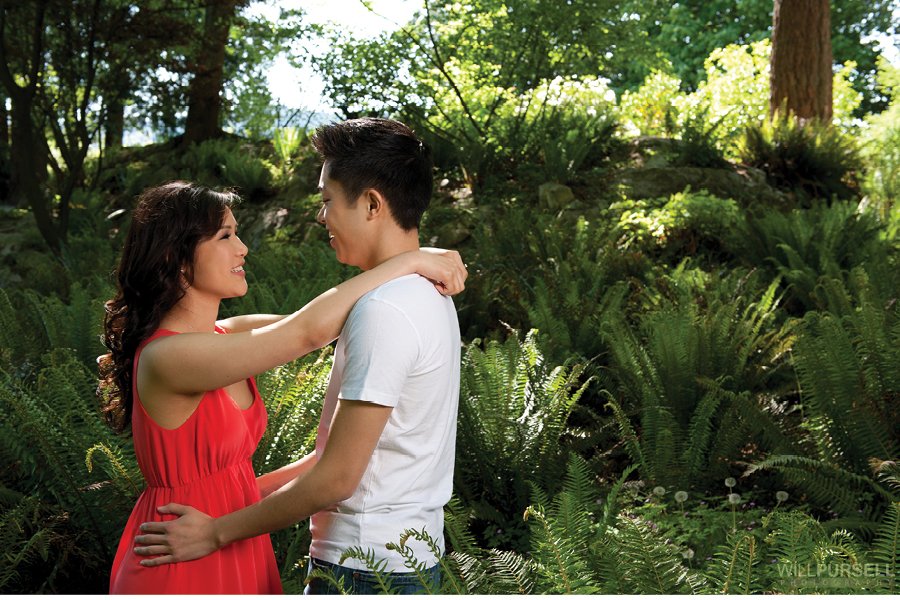 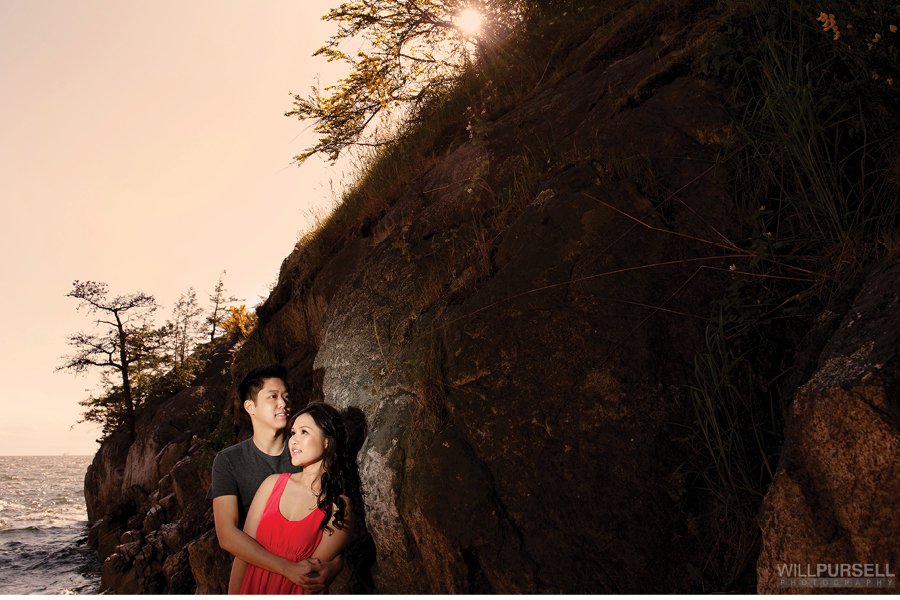 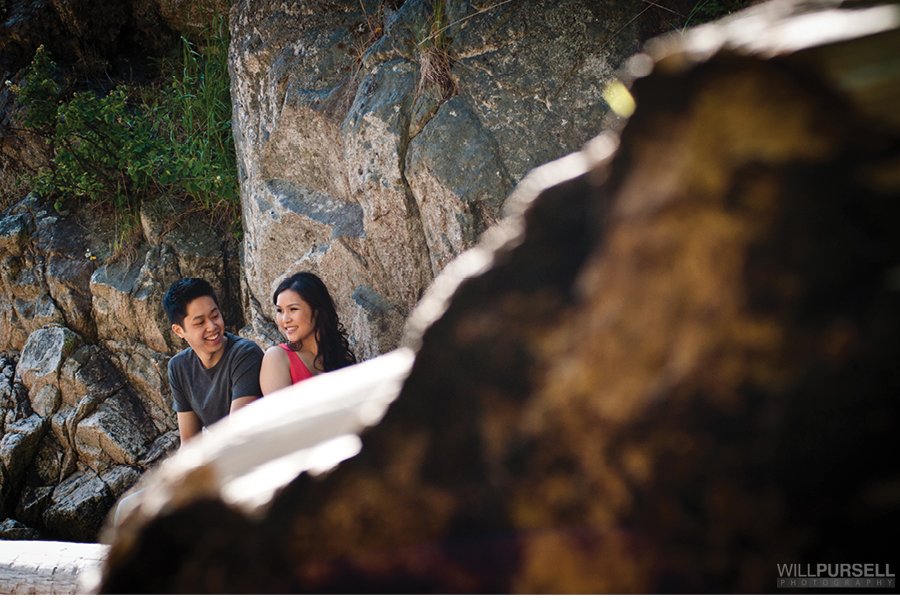 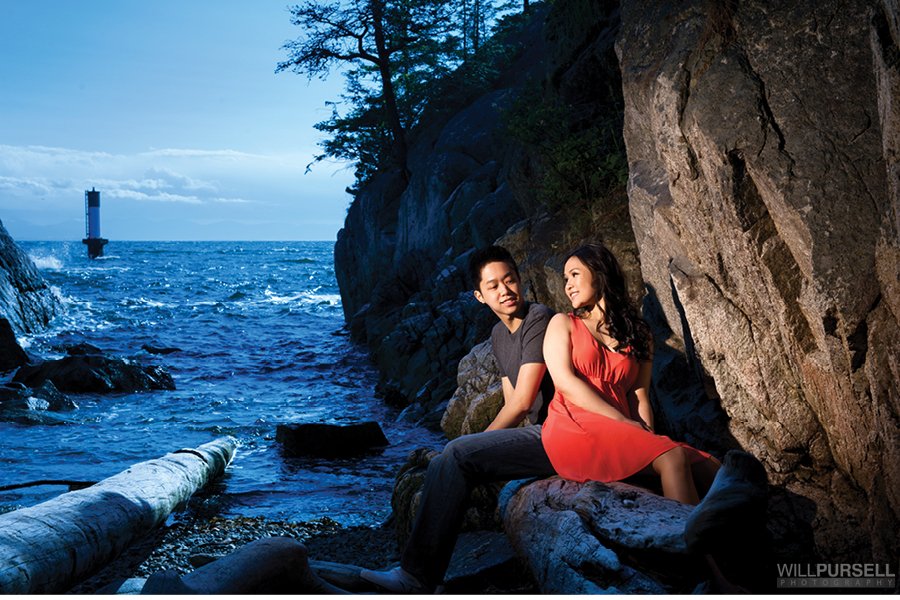 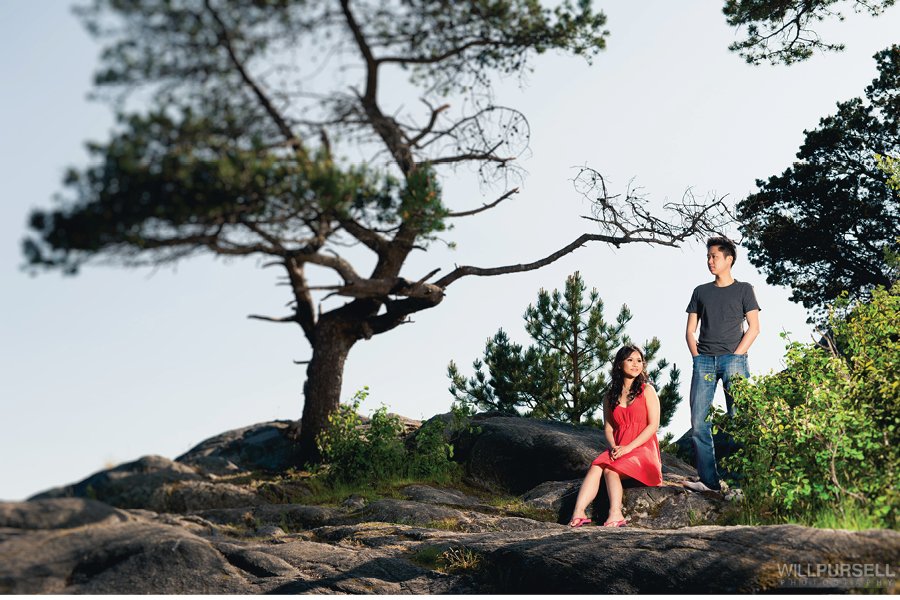 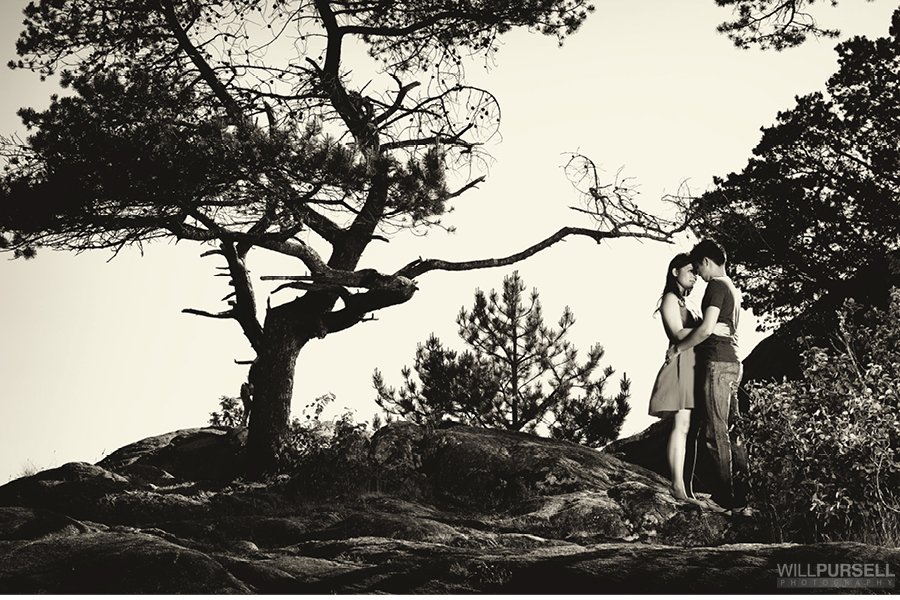 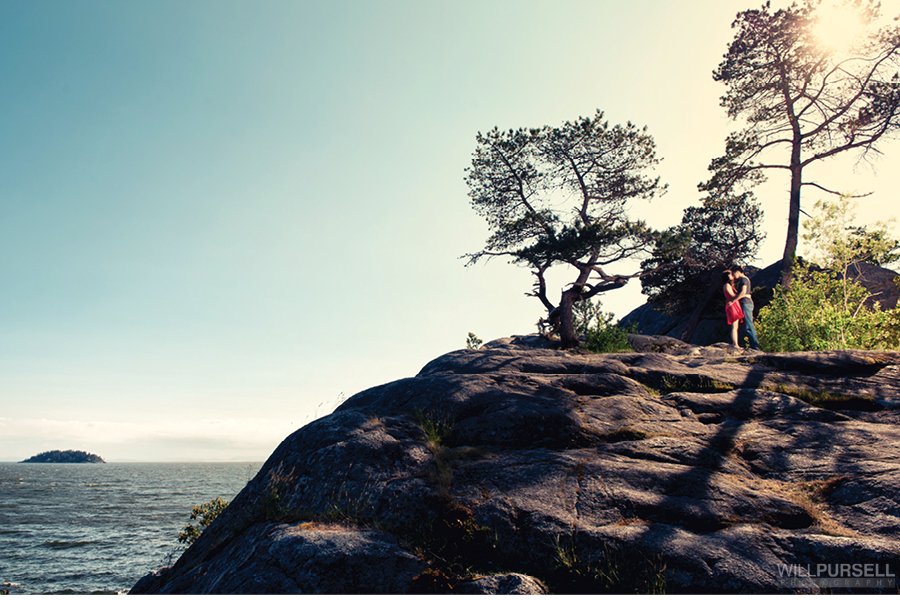 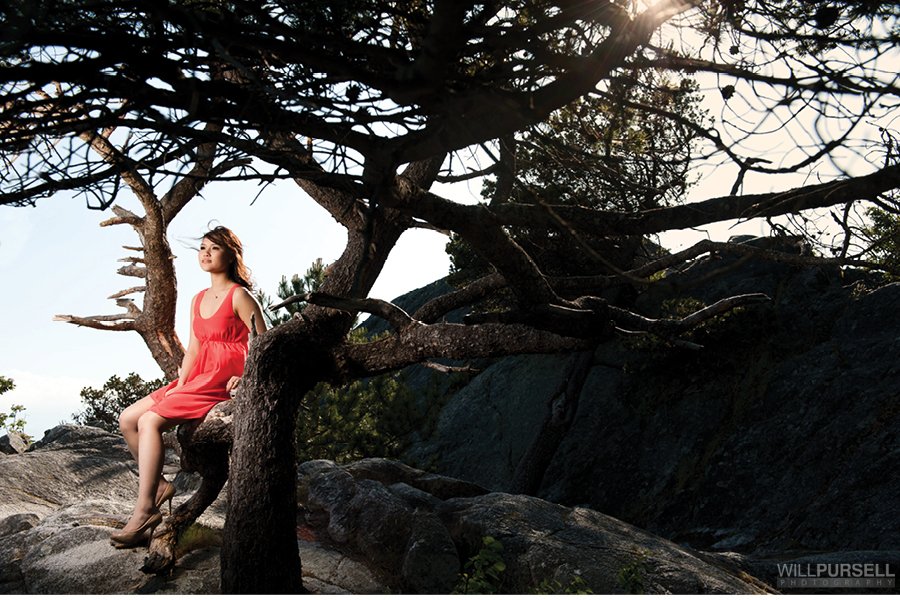 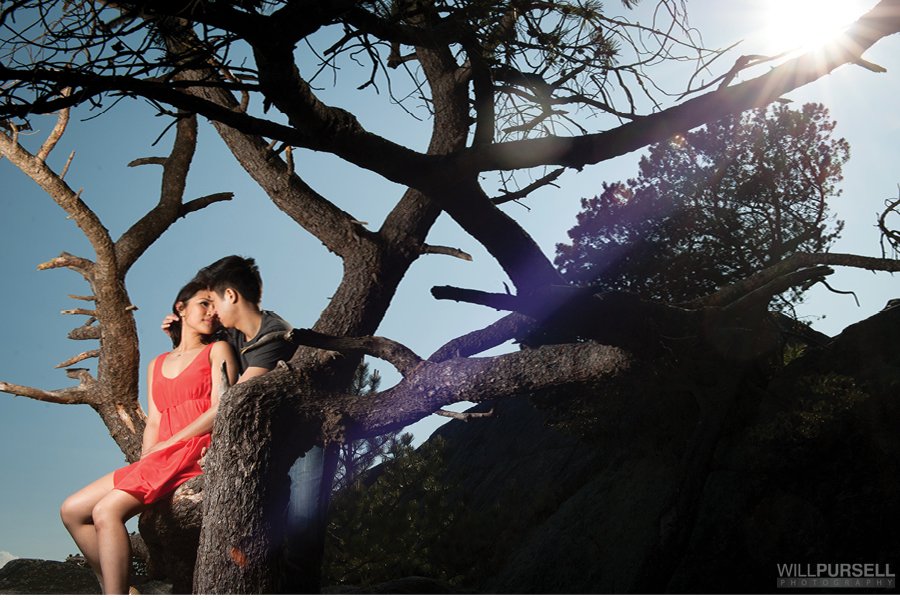 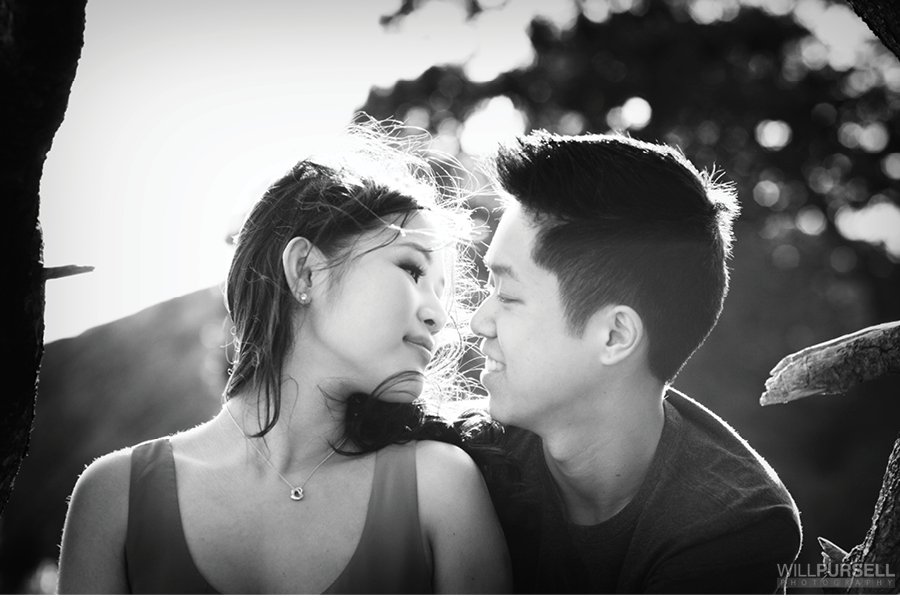 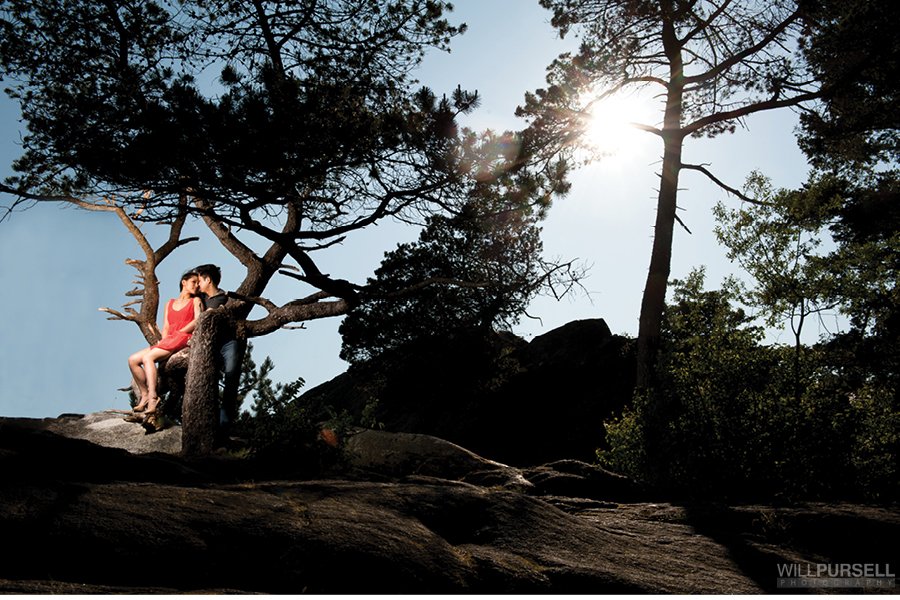 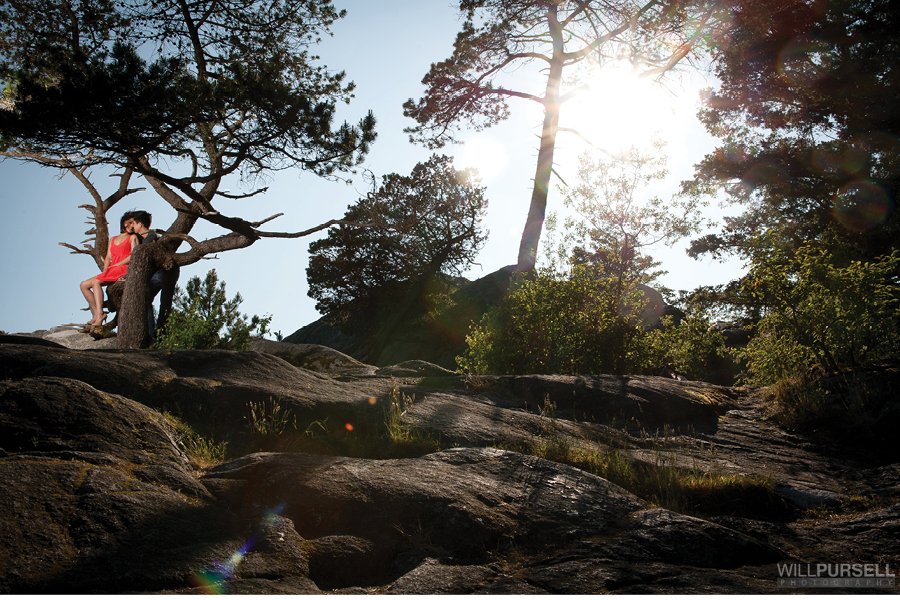 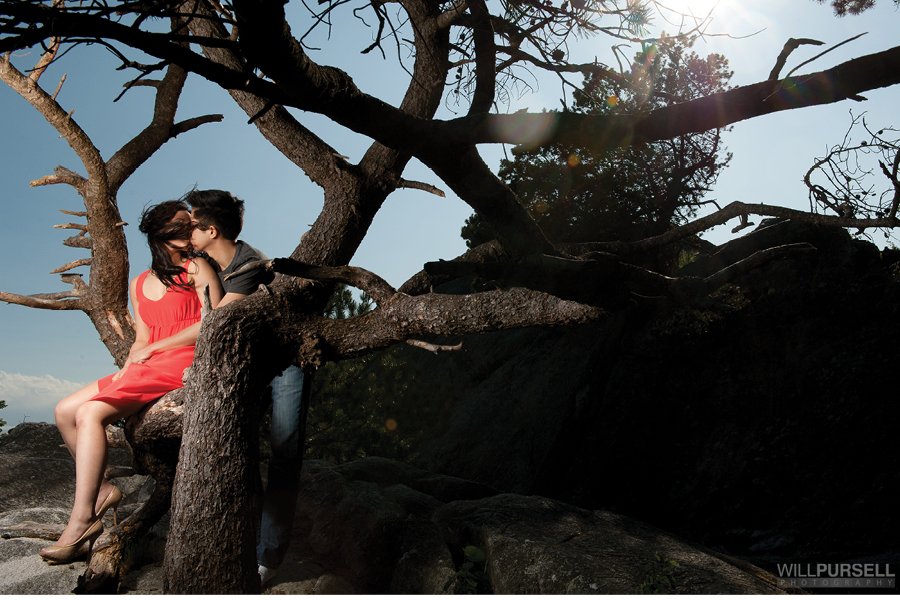 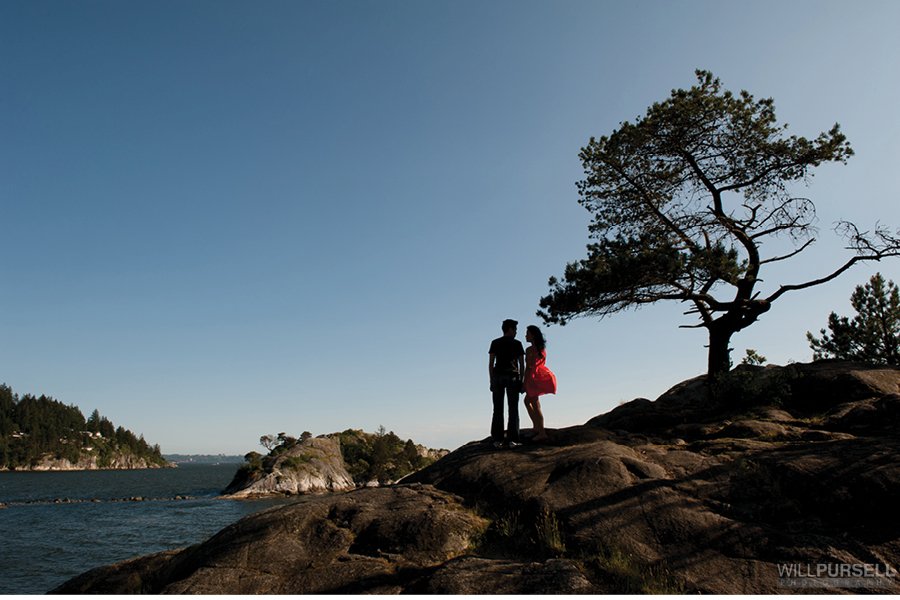 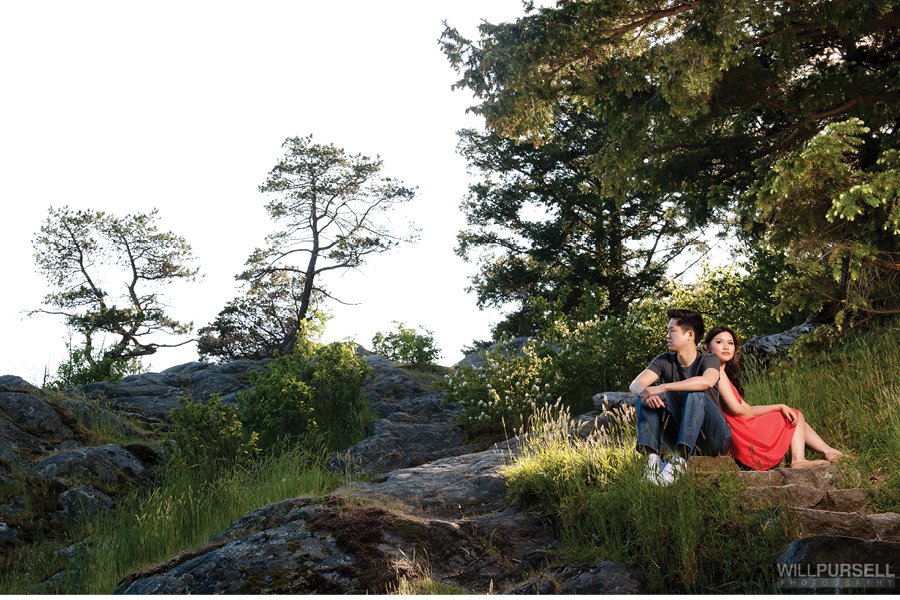 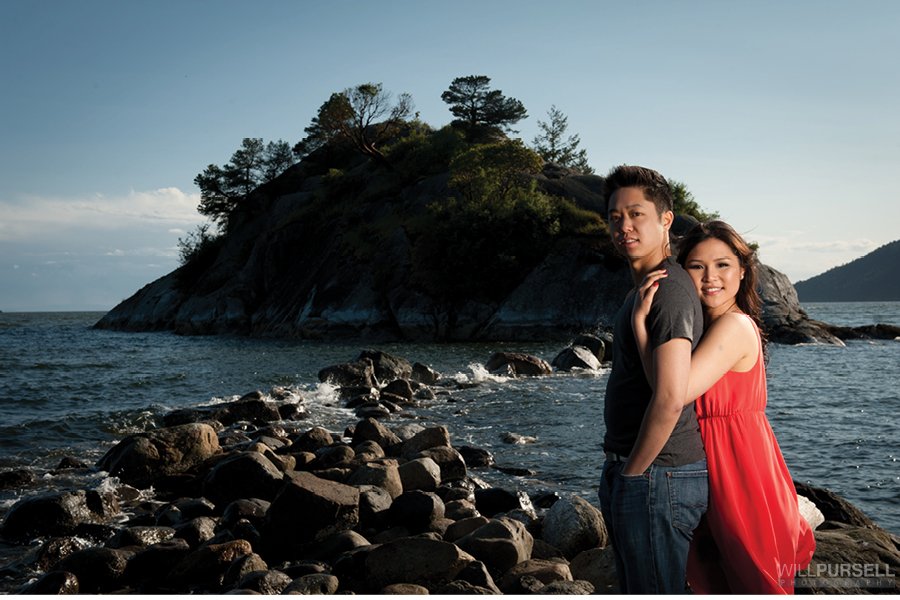 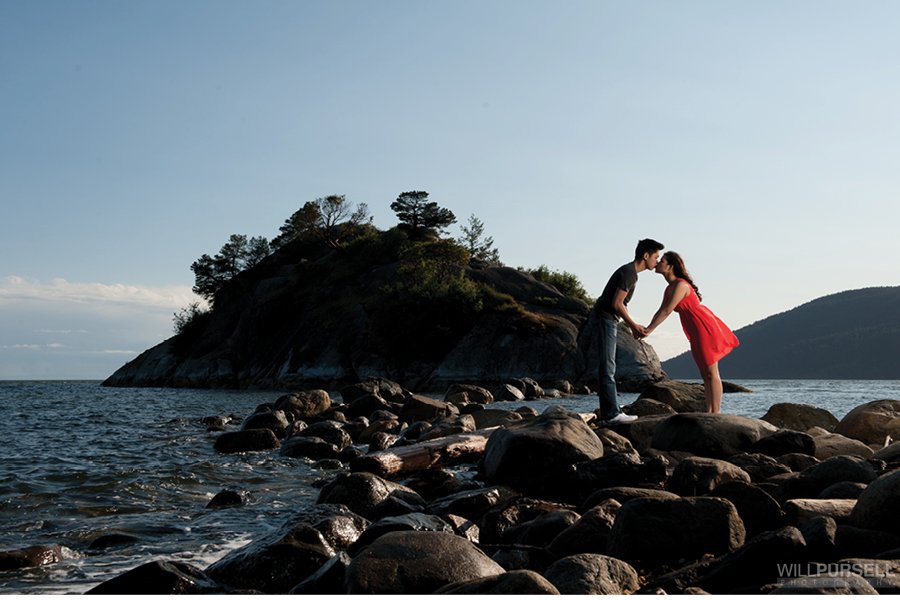 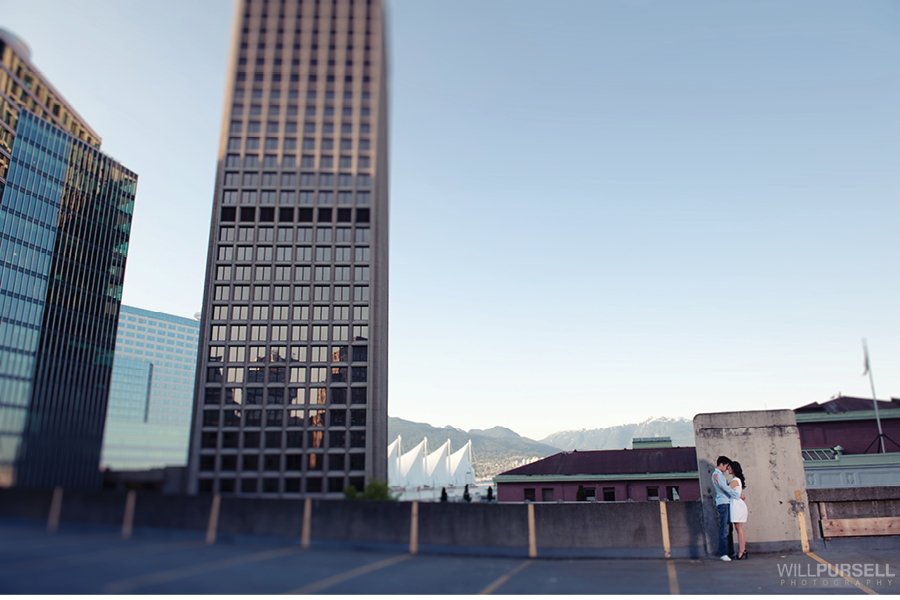 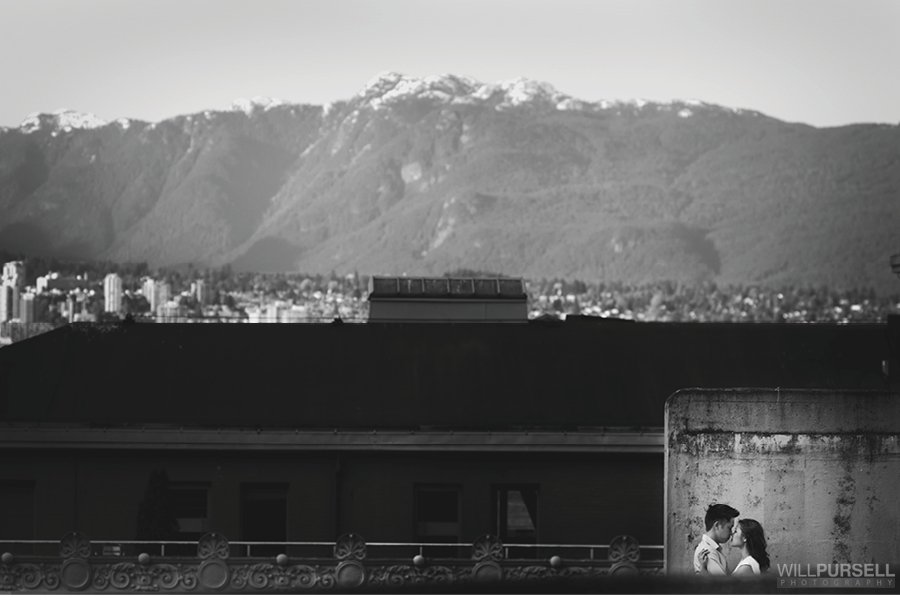 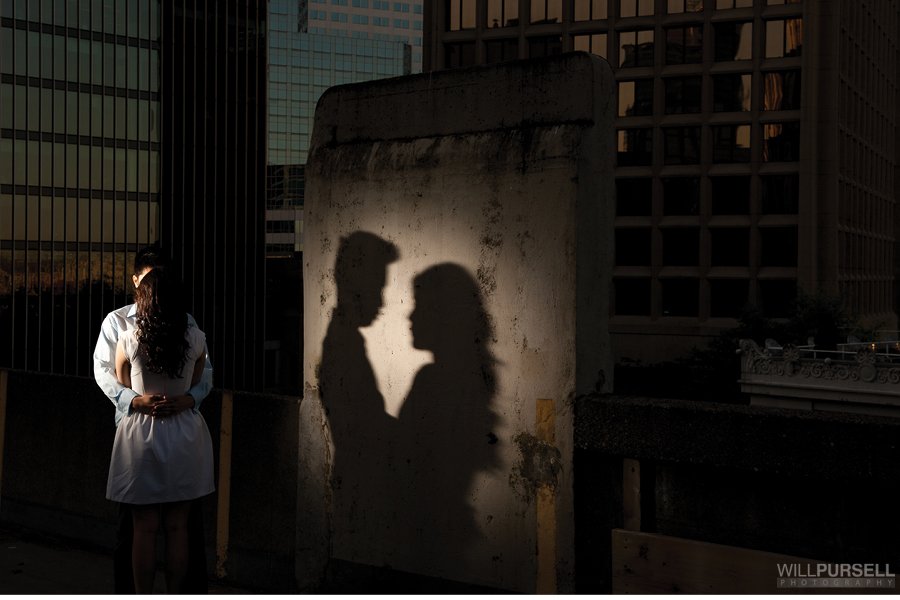 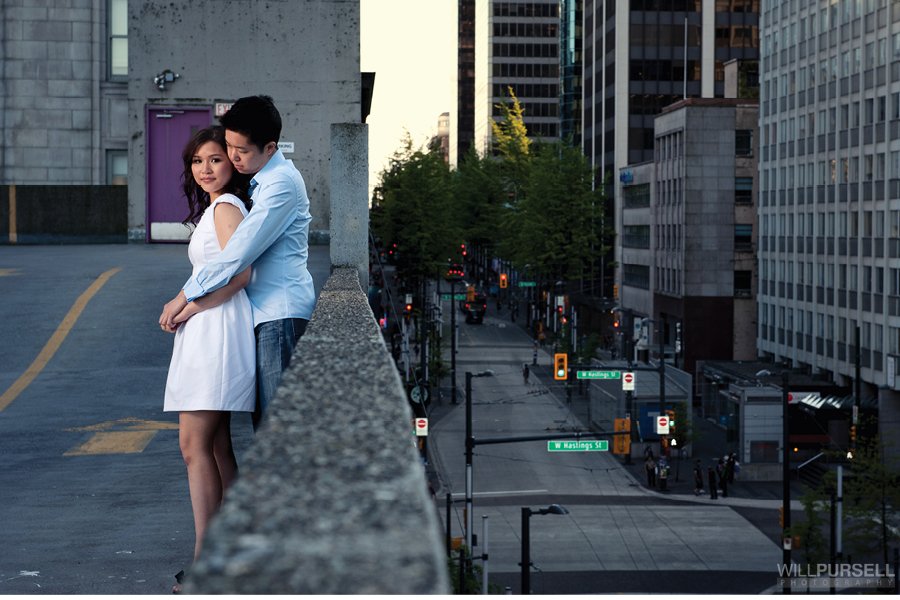 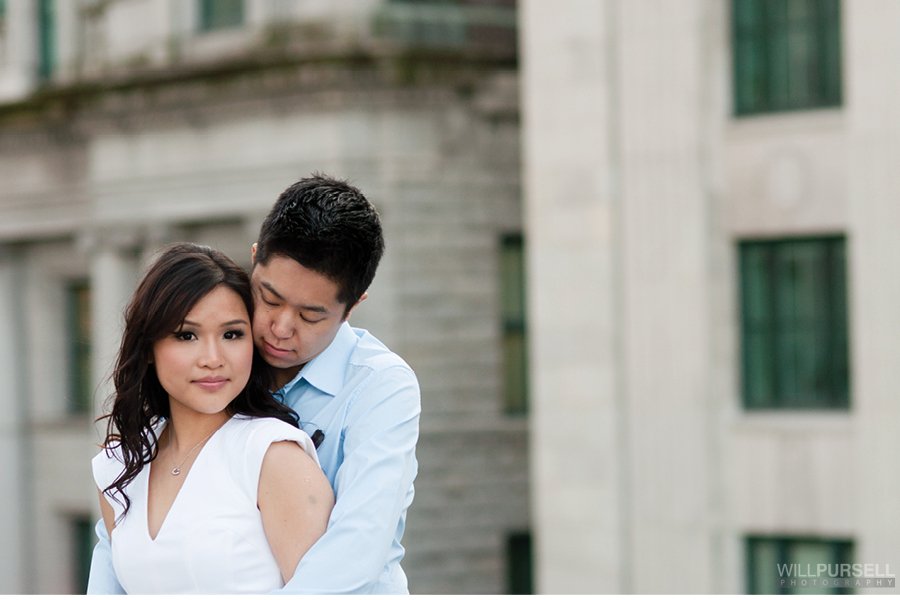 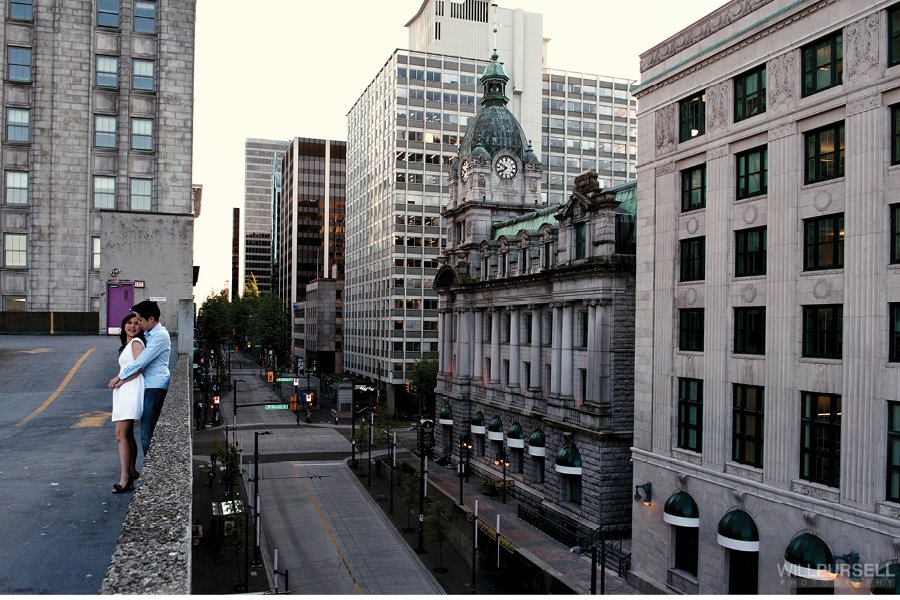